The New York Marathon Vs the NFL 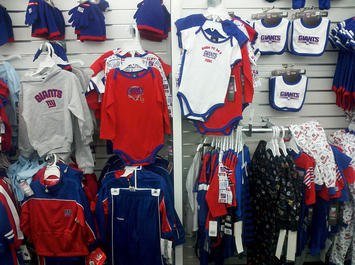 The ING New York City Marathon was cancelled, but the football game of the New York Giants against the Pittsburgh Steelers went ahead. Why? The nation places a higher value on sedentary spectators popping Advil and Viagra, than on lean and wiry runners, whose idea of a big night out is pasta and a few sips of Gatorade. It also helps that pro football has a televised address on 21st and Primetime, while the pleasure of a marathon is simply to finish one, even in the dark.

In canceling the road race, New York Mayor Michael Bloomberg made the decision that it would have been insensitive to have marathoners running around a city that was still digging out from the wreckage caused by Sandy, or past those lining up with gas cans. Nor did anyone want police officers or emergency health workers officials involved with the marathon when they could be assisting the recovery of Staten Island or Breezy Point.

On the same Sunday, however, the National Football League, took the position that, even with gasoline short for essential services, the game must go on, much as it did earlier this fall when the regular game officials were locked out of work. The office of NFL Commissioner Roger Goodell spends a lot of time invoking the mysticism of “the Game,” as though it were the Force or the Church—a higher being (“brought to you by Ford...”).

To protect the interests of the Game, the commissioner regularly suspends or levies fines on coaches or players for putting out bounties, making unfair hits, showing positive drug tests, or for conduct “unbecoming” an NFL player, which ranges from sponsoring dog fighting to taking part in drive-by shootings. His job description is to sustain the illusion that the Raider Nation is the spiritual heir to those chariots of fire.

The reason the NFL takes itself more seriously than, say, the Vatican, is that its revenue stream is built on the faith that the games are sport: athletic contests with winners and losers, not simply pay-per-view broadcasts that seek to divide each given Sunday into thousands of thirty-second spots, each of which can be sold to beer companies, hotel chains, and airlines.

The league structure is an oligopoly, sustained by a sweetheart antitrust exemption, with each franchise sharing the collective revenue. Having a winning season doesn’t make the owner of an NFL team richer; the Jets are worth about as much as the 49ers (who actually win their games), and the average value of each franchise is more than $1 billion. The value of the NFL is that it can sell everything from diapers to cures for erectile dysfunction.

To get an idea of the extent to which team owners have contempt for the actual sport of football, look no further than the Great Referee Crisis. The calamity began when about a hundred NFL game officials, at the time of a contract renegotiation, decided that they were entitled to keep their defined-benefit pension plans—meaning, their retirement packages would continue to be a percentage of their annual salaries, which average about $150,000 (for three hours of work, seventeen weeks a year, with a twenty-minute break for halftime).

Owners of the NFL’s 32 football franchises—which have annual payrolls (measured in “cap space”) of $120 million and evenly split a revenue jackpot of $9.5 billion—reacted with indignation that the referees had the temerity to expect a pension from the league, and locked them out from work, pending a contract settlement.

Instead of canceling the games as well, the Dickensian owners scoured the playing fields of Pop Warner and Arena football to find officials capable of throwing a few flags and uttering the phrase, “After further review, the ruling on the field stands.”

The replacement refs showed up at the games like dads waylaid from the stands to umpire at Little League. They mastered the coin toss, some rudiments of whistle-blowing, and were given directions to the sideline peep shows that rerun the booth reviews of controversial plays. The replacement officials thought they were judging a game, and never understood they were regulating an industry.

Without the regular officials seamlessly stopping the game after each punt, incomplete pass, out-of-bounds, or change of possession, there would be no way to securitize the game’s three hours into marketable segments lasting thirty seconds, which is how the league pulls down $9.5 billion a year. Untrained in choreography, the stopgap refs had to go.

In its formative years, when the Game was played with leather helmets, games lasted sixty minutes. At half time, the teams switched ends. The two-minute warning was a courtesy to coaches, but not the occasion to hawk Ram Tough pickups, eTrade, Geico, and Domino's Pizza. Imagine how little the Game would be worth if the clock simply ran for an hour?

When football was a sport, players were expected to play offense, defense, kick, tackle, run, pass, and block. Now, as befits a featherbedded monopoly, the average pro team has about twenty coaches and specialists are engaged to handle kick returns, long snapping, field-goal holding, and obscure functions in “nickel” and “dime” formations on defense. Hyped as he might be, Tim Tebow is scorned as a marginal player in the age of free substitution. In the glory days, however, he would have been compared favorably to Jim Thorpe, as he can do it all.

Perhaps the reason that this year's New York marathon was deemed unworthy to help heal the wounds of a flooded city is because it is only a sport. Its participants are amateurs who buy their own uniforms, travel at their own expense, and sleep on sofas. The runners are in it for the love of the game, to compete, perchance to finish — not to provide a stage set for Cialis-popping men to leer at their wives.

When the networks and corporations finally get their hands on the New York City Marathon, maybe then it will become worthy of a superstorm indulgence. It could go on air with about 32 runners, national sponsors, halftime around mile 13, booth reviews, and coaches’ challenges. The spectacle could last all day, and Dan, Shannon, Boomer, and Coach Cowher could analyze the winners. Then no one would mess with the Race.

Matthew Stevenson, a contributing editor of Harper's Magazine, is the author of Remembering the Twentieth Century Limited,

a collection of historical travel essays. His next book is "Whistle-Stopping America".

2b3K6A A round of applause for your blog.Really thank you! Cool.